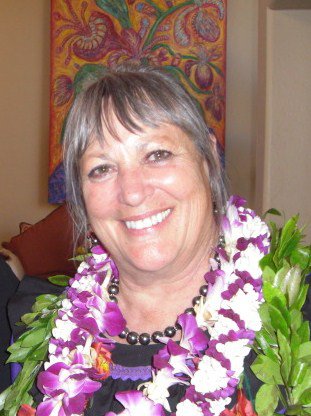 I am a Kahuna.

The word itself is a term that refers to a Professional.

The translation of this Hawaiian word means “keeper of the secret”.

The secret in this context means “Universal Wisdom”

As a Professional, I apply Universal Wisdom in my practice in a variety of ways.

I am a gifted hands-on healer. This gift came forward in my life at the birth of my first child which was in 1968. As with any gift or talent, it must be used to be developed. I applied this gift, this service free of charge until I opened my practice in Los Angeles, California in 1984.

My Kahuna training began in 1978 following an automobile accident. A friend introduced me to a man who provided his services as a healer and later became my first Kahuna instructor His name was BJ Carlisle, a Native Hawaiian Kahuna who also was an Aikido Master, kiatsu instructor, and night watchman at the Salk Institute.

He was reluctant at first to treat me due to the extensive nature of my injuries.

I had been a hands-on healer for ten years prior to meeting him and had developed a preference to that style of application. He consulted “The Lady” (Pele) and because of what she told him about me, he agreed and we began.

During my treatment and training he introduced me to the understanding of ancestral teachers, spiritual continuity, and the responsibility that humans have to keeping and practicing the principles of living wisdom on this planet. He reminded me that although my body was not born to a native Hawaiian in this lifetime, that my spirit nevertheless carried the wisdom of the generations and the responsibilities that came with it. This obligation is not only to the Hawaiian born peoples, but to all those who carry the principles of the understanding within them. It is a living wisdom. It must be preserved through integral practice. It can be translated but at its base may not be diluted or distorted. It is this core configuration that maintains our essence in form. When it is off balance, illness takes place and correction is required. This is the primary principle of what is called healing.

The capacity to facilitate healing at a full range of vibration requires a complete alignment with ‘what is known” which is not always what ‘you think you know”.

It necessitates in my experience what could be called a complete surrender to that which is commonly called God. Each level of tissue and mass in the human form vibrates at a distinct frequency. Each has its own requirements, which must be considered in the context of the whole. As instruments, my hands are able to determine what is required and provide the proper sequence to accomplish a balance. I place my hands in God’s hands and as I observe the results I am always deeply grateful.

This understanding came forward in the presence of my instructor in a language that I could understand. It is my experience that his service to me as a reference point has continued even after his physical death.

During this training sequence I was introduced to my second Hawaiian born instructor, Abraham Kawai’i, who also claimed the title Kahuna. He owned a business in Honolulu called The Institute of Pacific Wisdom. I met him in 1980. He invited me to take over his healing classes in Honolulu while he went to Maui to teach. I worked with him both on the Hawaiian Islands and on the mainland conducting classes, seminars and individual sessions. In 1987, I began my practice based in Tucson Arizona while he continued his work in Austrailia and Kauai until his death.

My Kahuna instructors were both quite different in their character and application. Together, they gave me a well rounded view from their own experiences both of what is possible and impossible, necessary and unnecessary in the application of power in this dimension. I am grateful to both of them for recognizing the information carried by my spirit and their efforts to encourage and challenge me to willingly bring that forward and apply it in this lifetime.

My overview assessment is that there are indeed Laws in this Universe and they are operating in every situation.

In 1987, having completed my work with my Instructors, I was fairly certain that I would be assigned to work on the Big Island somewhere around Kona. Not so. The indication from the Universe was to locate my assigned spot in the Southwest. It turned out to be Tucson, Az. This location has been a perfect base from which to operate and fulfill my responsibilities.

Since arriving in Tucson, I have offered a one day class on the first Sunday of every month which I call Kahuna Kindergarden. It consists of a four to five hour topical lecture by me, a question and answer period and potluck lunch. This class is attended by students who arrive in person and is also offered as a correspondence course. Because it is an open class, the number of attendees varies…the least being 1 (a New Years Day) and the most being 25. The correspondence class has also varied from between 12 to 30 participants. The only form of advertisement I have used so far has been word of mouth. My hands-on healing practice has two basic formats.

1. The client calls, we set a time to meet in my home office. At the beginning of the session, I turn on a cassette tape recorder to record the event. My purpose for recording is so there is no misinterpretation of what exactly I said, or did. There is often a great amount of material that is covered a short period of time and if there are specific instructions, they can be followed exactly. The client also has the option to review at any time following the session.

If the individual has physical issues, I ask them to lie down face-up, fully clothed on a cloth covered table. I begin my interaction with the body which consists of what I call ‘scanning’ the area around the body and then putting my hands on the body. There are a variety of movements and adjustments required to balance the body. Some are very gentle and others are quite strenuous. The only instruments I apply are my hands and arms. During the session, I discuss and describe exactly what I am doing and what is going on. The client may ask whatever questions they may have at any time. If at any time they become uncomfortable in any way, they are welcome to get off the table and there are no “hard feelings”. There has been only one person who got off the table in all these years. At the end of the session, I give the client a packet of information which has a variety of instructions and explanations of the techniques I recommend during the session.

2. The second is also initiated by a call from a client only the process occurs over the phone. The spirit and the mind are involved and the body is represented by the voice. The connection is made on the vibration of the voice and the issues are presented at request of the client. This conversation is also recorded on audio tape which is sent along with a packet of information and instructions to the client.

As a Kahuna, I have an obligation to serve the Hawaiian people and the Islands themselves. I have traveled to the islands whenever called which has averaged two to three trips per year. It is common to provide my service on a donation or trade basis and often does not include a profit. My work on the mainland usually funds island work. I have hosted and participated in public events and workshops over the years in several locations.

I have clients in Hawaii, Washington, Oregon, California, Nevada, Arizona, New Mexico, Idaho, Missouri,Tennesee, Illinois, Massachusetts, Florida, Canada and the U.K. Clients have arrived in limousines, to bicycles. I have served the very wealthy to the homeless.

My practice includes business consultations. I have been flown to locations to consult with companies and individual homes to work with families.

When Andy Weil set up his integrative medicine practice at the UofA, he put my name on his list for his students to experience my work as an alternative healer.

The best part for me about doing this kind of work, using my hands, guided by what I call God is the understanding of the mystery of the connection between the body, mind and spirit and negotiating solutions that are reasonable, logical and not drug induced.

I am not a doctor. I am not able to perform surgery or bone setting. I have been, however, successful at negotiating solutions to relieve conditions such as tumors or cancers, headaches, allergies, heart problems, etc. Many clients seek my service when the doctors have said there is no hope and they have walked out of my office perfectly fine and have remained fine. Some have seen me on their way to surgery and their condition disappeared. Some have called me to the hospital and doctors have asked if they could observe what I did because they were monitoring and measuring the changes and believed that what I had done resolved issues that they were unable to treat.

Getting the work done is more important to me than trying to prove that I can do it.

It is my opinion that science will invent the machines that can measure the process I apply. To me the answers and explanations lie in the field of quantum physics.

Fred Alan Wolf asked me once. “Where did you get this information? It’s the same stuff we are discovering in our research!” “Hurry up and describe it in your language,” I said, “I would love to hear your findings….and of course, as a scientist, you could measure the process I apply”…it would be great fun. Until then, I translate my wisdom into a language that even children can understand and I record each session for my clients and students.

As to my fees, it would be impossible to charge for the gift itself, which is priceless, however I do charge for my time.